Help
the children and
future mothers.

On November 20th, students will take action for the rights of the child

In a world that often seems adrift, it is important to remember the essentials: every child has the right to life and special protection, to live in dignity, to express their opinions, and to receive an education and social security. The rights of the child are fundamental rights, unconditional rights, that all countries must respect. However, these rights continue to be violated.

In order to change this situation, Swiss NGO Enfants du Monde invites children aged 6 to 12 to raise the general public's and the political world's awareness about the importance of the rights of children. With the support of the Compagnie Zappar, we collaborate with schools in Switzerland and around the world. By participating in the project "A Fairer World", children become spokespeople for their own rights by expressing creatively how they imagine a world in which the rights of children are respected.

Work in the classroom and globe creation

With the help of educational worksheets provided by Enfants du Monde, teachers first discuss the Convention on the Rights of the Child. Then, each child takes a photo in which they capture the right of the child of their choosing. On November 20th, on Universal Children's Day, a giant globe comprised of all the pictures taken by the children is unveiled. This mosaic of colour is a reminder of the importance of respecting the rights of children and stands as the symbol of a more just world. 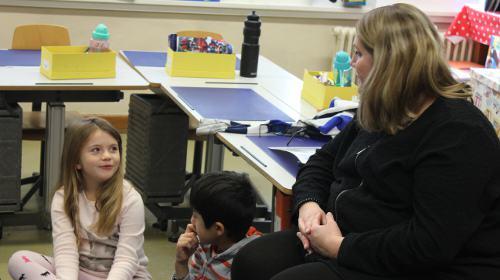 The new generation gets involved with full strength

"The new generation reminds us of these fundamental rights with energy and engagement. This project becomes a megaphone for all the children who seek a more just and harmonious world. A world in which the rights of children and all people are not only promoted, but also respected," says Carlo Santarelli, Enfants du Monde's Secretary General. 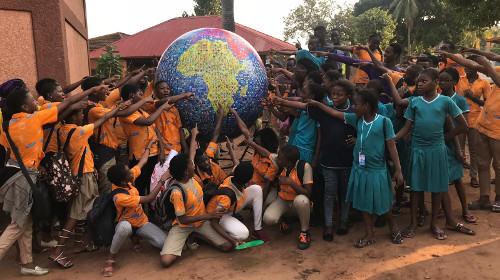 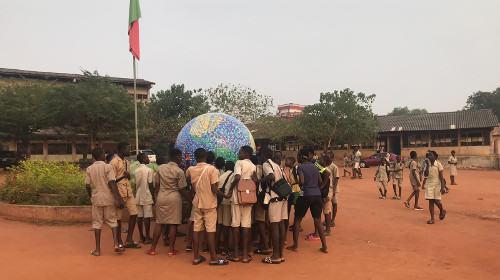 “This project has given my students a lot of motivation and has been very federating. They have learnt that things that they take for granted, like going to school, are not necessarily a given in the rest of the world.”