Mariama, a schoolgirl in Niger

In Niger, the country with the lowest Human Development index in the world, 2.5 million children leave school early or do not attend school*. Girls are particularly affected, for very often parents cannot afford to send them to school, or prefer to invest in boys’ education. The girls then stay at home doing housework or are married off at a young age.

Mariama, 11 years old, lives in Niamey, the capital. Unable to follow lessons given in French, the official language of the country, she had to leave state school at elementary level. This often happens in Niger, where the mother tongue of many children is one of the country’s ten native languages, such as Zarma or Hausa. Learning through the medium of French then becomes very difficult and children are unable to continue their education, for lack of appropriate teaching.

I’ve spent two years doing housework at home and going to fetch water from the river. 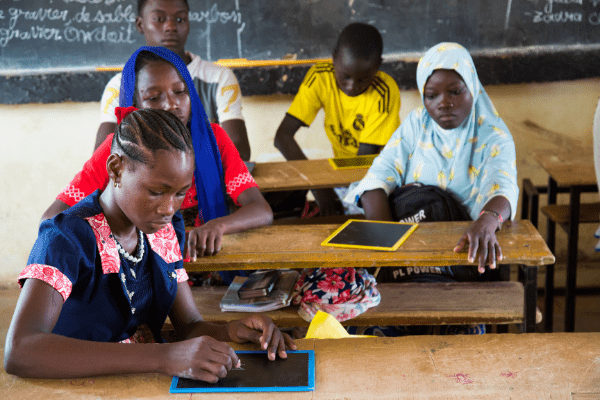 These schools provide primary education for children aged 9 to 13 years old, who have left school early or are out-of-school.

In my first school, we were taught only in French. But here, when I don’t understand in French, the teacher can explain to me in Zarma.

Indeed, teachers in "second chance schools" are trained to present lessons in both French and Zarma. In addition, the teaching material developed by Enfants du Monde takes the local cultural context into account in order to respond to local needs. In this way, children can use what they learn in their daily lives. For example, Mariama is studying different methods of purifying water from the wells. 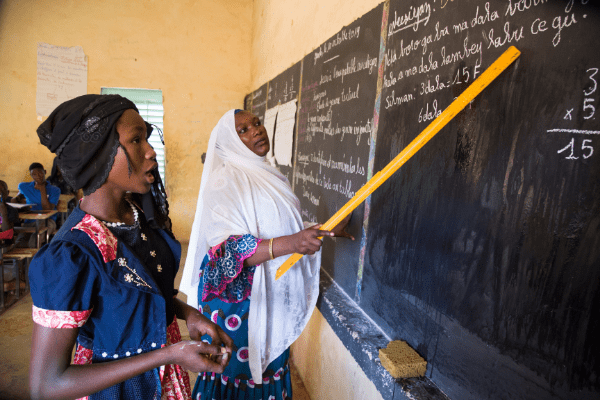 Enfants du Monde places particular emphasis on educating girls in all its education programmes, for it is only by being educated that they will be able to protect themselves against multiple abuse and build a future for themselves. However there are still many who do not have this opportunity.

Change the fate of a girl by giving her the chance to learn to read, write and count, and above all to learn how to learn. Make a donation to support our education programme which benefits almost 26,000 children and young people in Burkina Faso, Niger, Guatemala and Haiti!